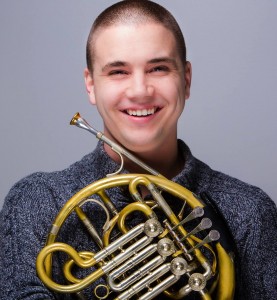 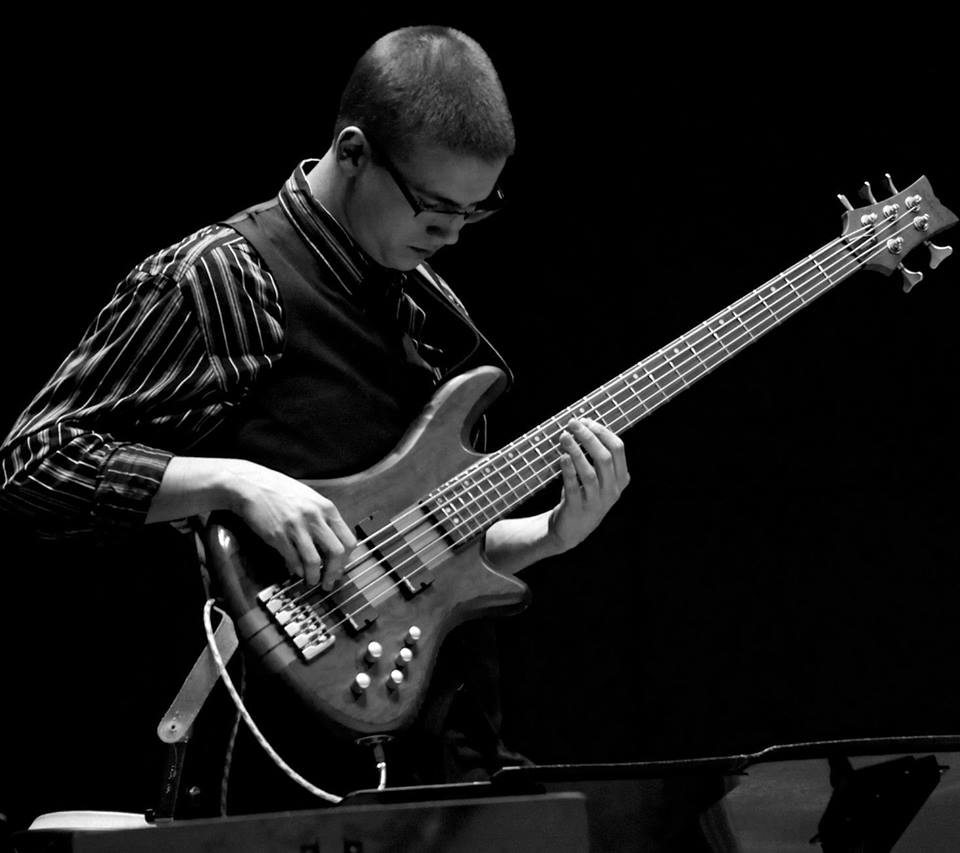 In addition to conducting the Repertoire Choir and  vocal ensembles, Ms. Martin will serve as MiPAC’s Music Librarian, Publicist, Office Staff, and Assistant to the Directors in Assisting Music-y Stuff.

The JRD Memorial Scholarship grants $201 to each Resident Camper, reducing their MiPAC tuition to $999/week. It also grants $301 to each Day Camper, lowering their tuition to $499/week.

The scholarship will apply for all weeks enrolled, and will be awarded automatically to all campers this summer, including all those currently enrolled.

The scholarship was created in honor of the late Jesse Robert Daeschlein (b. 3/8/79), a veteran of the United States Marine Corps, and brother-in-law of MiPAC Artistic Director and co-founder, Timothy Martuch. Mr. Daeschlein passed away on April 16, 2016 after a year-long battle against a form of liver cancer. He was 37 years old.

Mrs. Stacy Daeschlein, Jesse’s wife of ten years and older sister to Mr. Martuch, released the following statement: “Jesse was my first deep love, though his first love was music. If there was anything he wanted to do with his life, it was to be a mentor or teacher to young individuals to help them find their life’s passion. I am proud to announce his dream will become a reality through the Jesse Robert Daeschlein Memorial Scholarship at MiPAC. I hope that his memory will touch and inspire MiPAC’s students as much as Jesse touched me, my brother Tim, and our whole family.”

The scholarship will give Mr. Martuch the chance to fulfill a promise. “Jesse and I met when I was just 10 years old, and I loved him as if he were my big brother,” said Martuch. “He was one of the most supportive, motivating, and influential people in my life. Last spring, Jesse asked me to teach him how to play guitar. I made him a promise that we would do it this summer of 2016. But then he got his diagnosis, and we just ran out of time.”

“We are extremely grateful to Jesse’s wife, Stacy Daeschlein, and to her entire family for making possible such a generous gift to every single one of our campers,” said MiPAC President Keisuke Hoashi. “It will be our great honor and privilege to dedicate our first season to Jesse’s memory.”

Complete information is available at http://www.MiPAC.us.

Ms. Neuss will be MiPAC’s teacher of all things CLARINET. She also specializes in NEW MUSIC for the instrument, allowing her to bring an exciting diversity to all our music campers this summer.

Lara is a Graduate Teaching Assistant at Colorado State University studying with recital clarinetist Wesley Ferreira and she holds a Bachelor of Music from the San Francisco Conservatory. She is on the clarinet faculties of Michigan Performing Arts Camp and Junior Lift Clarinet Academy and maintains a clarinet studio of all ages in Fort Collins, Colorado.

Other performances range from playing principal clarinet in the Colorado State University Orchestra and Wind Symphony, a series of world premieres in collaboration with composer Kyle Hovatter, and a showcase by her wind trio of the music of Lady Gaga and Katy Perry, complete with choreography and electronics.

Aside from clarinet, Lara enjoys studying Mindfulness and meditation techniques and is certified in Reiki. 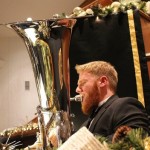 Mr Strasshofer will be MiPAC’s main tuba teacher this summer.

Eric Strasshofer, from Highland Heights, Ohio, earned his Bachelors in Music Education at Adrian College. His primary instrument is the tuba. 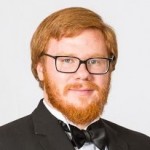 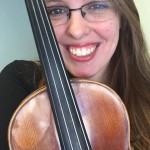 Ms. Roth will be MiPAC’s Violin and Electric Violin (WHOOHOO!) instructor, and will cover our Viola needs as well. She will help manage the Electric String Orchestra, the Yamaha SV Silent Electric String Program, and perhaps even be convinced to ROCK OUT in a Rock Band or two.

Amanda Roth started playing the violin when she was four years old. She just received her Bachelor of Music in Music Performance (Violin Concentration) from the Boyer College of Music and Dance at Temple University, and in the fall will attend the Longy School of Music to pursue a Master of Music in Violin Performance.

Besides her mastery of traditional classical violin repertoire, Amanda also enjoys the worlds of jazz, funk, country, and rock-n-roll, playing on her six-string fretted electric violin made by Wood Violins. 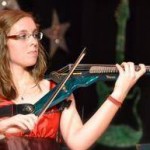 She has shared the stage with Rachel Barton Pine, various members of the Philadelphia Orchestra, and ex-Trans-Siberian Orchestra violinist, Mark Wood.

Besides performing, Amanda is passionate about giving back to the community. With the help of Rick Henry and Isaac Young, she started OWLchestra, a community string orchestra at Temple University. The ensemble is open to all Temple students, as well as members of the Philadelphia community. 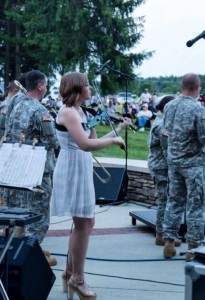 While still being a full time student, Amanda works as a violin and viola teacher, intern for the Philadelphia String Project, and can be found playing for weddings, functions, and pit orchestras throughout Pennsylvania, New Jersey, and New York. 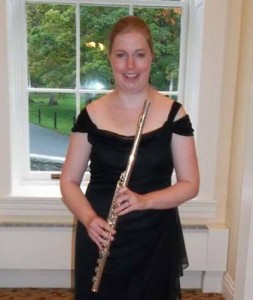 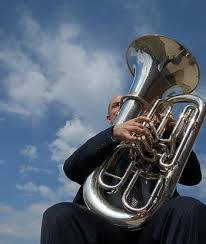 Mr. Arnold will serve as MiPAC’s Tuba instructor for weeks 3 and 4. He will also conduct the Wind Ensemble and Symphonic Band; direct the Brass Ensembles; and quite possibly play electric bass in a Rock Band, Bass Trombone in a Jazz Combo, or the Miter Saw in a Home Improvement Seminar. Seriously! He’s THAT good at all those things!

Jason Arnold hails from Midland, Texas. He earned his Masters in Music Performance from the Manhattan School of Music in New York City.

Mr. Arnold has taught in schools in Texas, New York and Connecticut. He is currently Band Director at Notre Dame High School in West Haven, CT and Director of the Pep Band at Fairfield University. He is also on faculty at Sacred Heart University.

Jason has a broad range of musical experience ranging from performing in Carnegie Hall to an appearance on ABC’s All My Children. 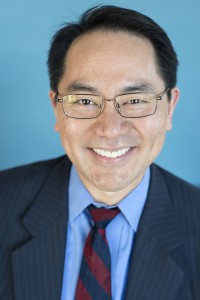 President of MiPAC Keisuke (pronounced CASE-kay) Hoashi is a very busy man. In addition to founding the greatest summer performing arts camp in the history of the world, he is also a working Hollywood actor who has been in more than 150 TV shows, movies, and TV commercials. A former music camper himself, he’s now a sought-out speaker who talks to high school and college students about building realistic and sustainable careers in the arts. Keep reading to learn more about our visionary co-founder. END_OF_DOCUMENT_TOKEN_TO_BE_REPLACED

New summer music camp will be hosted at Adrian College in Adrian, MI

MiPAC is a four-week summer music camp for young musicians ages 10-18 of all musical levels. It is hosted on the campus of Adrian College in the city of Adrian, Michigan, and is open to both resident and day campers.

“What really makes our camp special is the freedom that we give to our campers,” said Timothy Martuch, co-founder and Artistic Director of MiPAC. “They can choose to focus on a single instrument, or play different ones in every ensemble, even move among every musical style, genre, or field we offer. There’s no added cost to experiment, and no penalty for being curious. The only limit is how much you can fit into your day.”

MiPAC will have over 30 ensembles and classes, including 3 bands, 4 orchestras, 12 jazz groups, 4 choirs, rock bands, and chamber ensembles. Every camper performs every week, and each ensemble plays different music for each concert. A total of 25 performances are scheduled, all of them free and open to the public.

For campers interested in creating their own original music, MiPAC offers a complete “New Works Program” that features its “New Musical Workshop.” Keisuke Hoashi, MiPAC’s co-founder and president, developed and ran this workshop for 8 summers at other camps, eventually producing 21 original shows.

“We teach our campers the whole process of collaboratively writing an original one-act musical, and challenge them to put it up on stage in just 12 days,” said Hoashi. “It is the most challenging, exciting, and rewarding class we offer – and it’s truly amazing, every time, to see these young musicians premiere their very own Broadway-quality show for the world to hear.”

Keisuke Hoashi is a Hollywood actor with more than 150 film and TV credits, including Bob’s Burgers, Criminal Minds, Mad Men, Hot in Cleveland, and Jane the Virgin. He founded the New York Summer Music Festival in Oneonta, NY, and served as its Director of Communications and Resident Actor from 2006–2013. He is a former multimedia designer for the NCR Corporation, IBM, and AT&T.

Timothy Martuch holds degrees in Composition and Music Theory from Adrian College, where he is an Adjunct Professor and Performing Arts Recruiter. He is active throughout Michigan as a composer and performer, including positions at the Prelude String Orchestra, A Joyful Noise Music Studio, and Broken Television Entertainment.